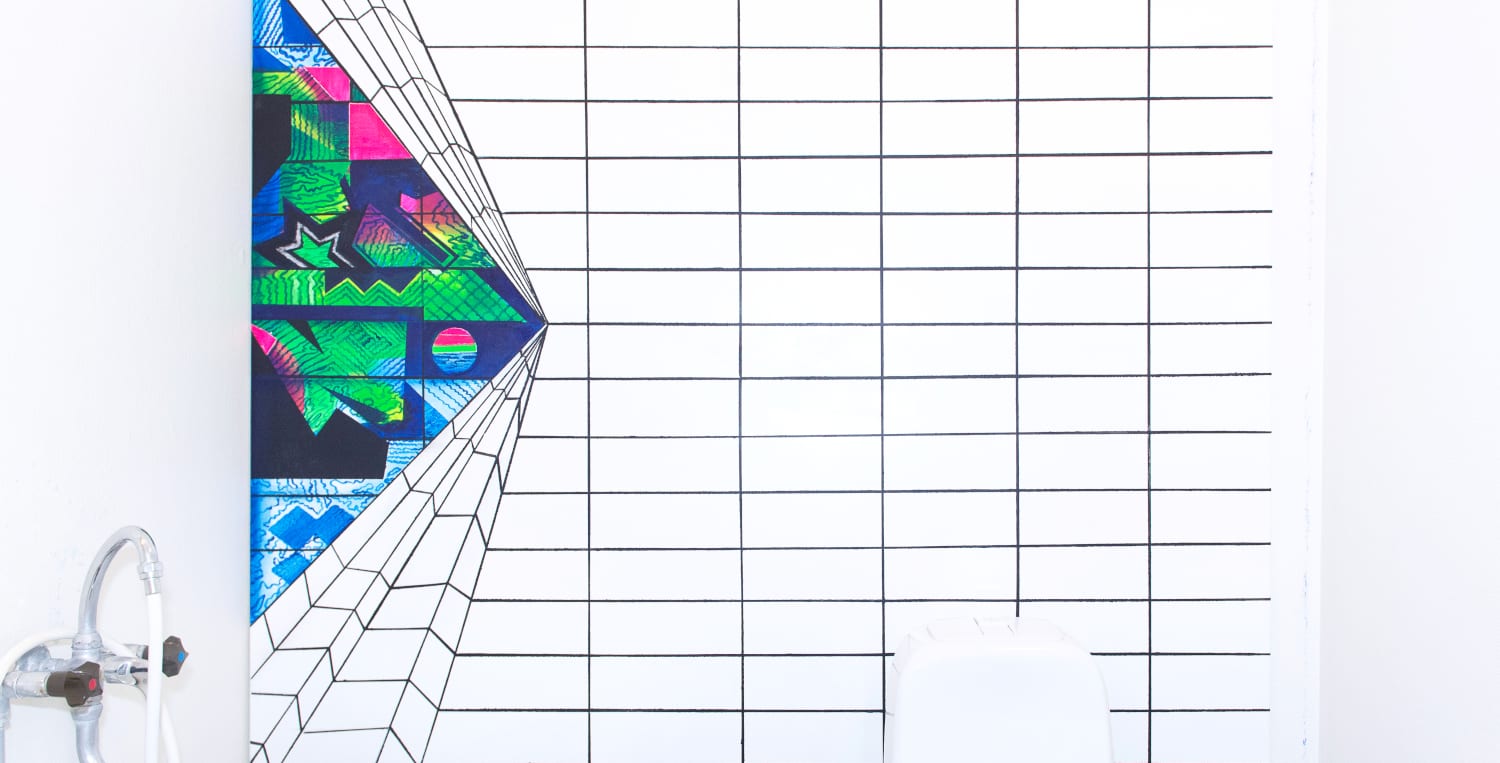 HIDDEN FROM THE GAZE

Fittja is a part of Botkyrka Municipality and the name of the Stockholm metro station in the area. It was settled during the 1970s and consists mostly of rental apartments.

In its 2017 report, Police in Sweden placed the Alby/Fittja district in the most severe category of urban areas with high crime rates.

Million to one
bathroom exhibition

The period between 1965-74 in the Swedish building history is known as the Million Program (Miljonprogrammet). More than one million homes were produced in a very short period of time in order to host immigrants during  a 10 year period to meet the great shortage of housing at the time. It was a project based on an utopian dream of a good life for all but many of the areas it produced were soon drawn in to a negative spiral of bad reputation.

Fittja appeared as an effect of the Million Program in the southern suburbs of Stockholm within the architecture based on the modernistic paradigm: mass production, segregated spaces and standardised architecture.

In the project Million to one we reverse the modernistic paradigm where the society is perceived as a mass that can be controlled and easily repaired by master plans and rational argument. Our strategy is to switch from large scale to micro, unique and intimate gestures, from million to one.

The starting point for our work was the critical view on existing context and tactics already produced. Our aim was not to invent or produce a new knowledge but to reinterpret and add another layer on an existing frame. During our residency, research and meetings with local artists and architects we discovered the Superfittja book, an archive of artistic and architectural works dealing with Fittja issues. The majority of the projects refer to the ideas of the 60s and 70s, like Superstudio utopias and a dream for finding big solutions within the analyses of patterns, structures, flows and rules.

The only project that focused on the human and one personal history was the work of Astrid Linner called “Meeting Zohre” who instead of analysing buildings finds a way to show a story of a individual person. “I have been working for Zohre as an architect, redrawing her apartment. I did not find spectacular architectural dreams. I found out that basic standard is very low and a dream of clean bathroom”.

Continuing with “a dream of clean bathroom”, our project can be considered as a additional layer on previous matter, a site specific installation or exhibition as a gift from 5 independent artists to Zohre. We consider Zohre a one person audience and we devote our work uniquely for her private view.

Zohre has worked and lived with her family in Fittja for 40 years but like a large population of Fittja she originated from Kulu, a small town in central Turkey. According to Zizek the history and the shape of the toilet can reflect national identity and can be ideological. The way we use it can reflect the whole society. Through the toilet and the bathroom – the smallest part of our domestic space, we want to rethink the notion of modern architecture, progress and regress, rituals of purification and modernistic hygienic argument, we are also looking for the hybrid identity where different tabu, rituals, habits and cultures meets and the social protocol is shaped by this intimate space.

Million to one is a bathroom exhibition devoted for one person and her specific view redefine the notion of audience and artwork. Usually exhibition is the ending point presented to the broader audience as a final image of artistic work. In the gallery or the internet the experience of the artwork is widely accessible and can be shared. In our work we reverse the Duchamp pissoir gesture, and the artwork goes back to the bathroom as an exclusive and hidden from public view unique object. After a while art starts to vanish, transform and melt into the invisible, daily rituals and tabu. The only motto that is still valuable is that “art is something that you piss on”. 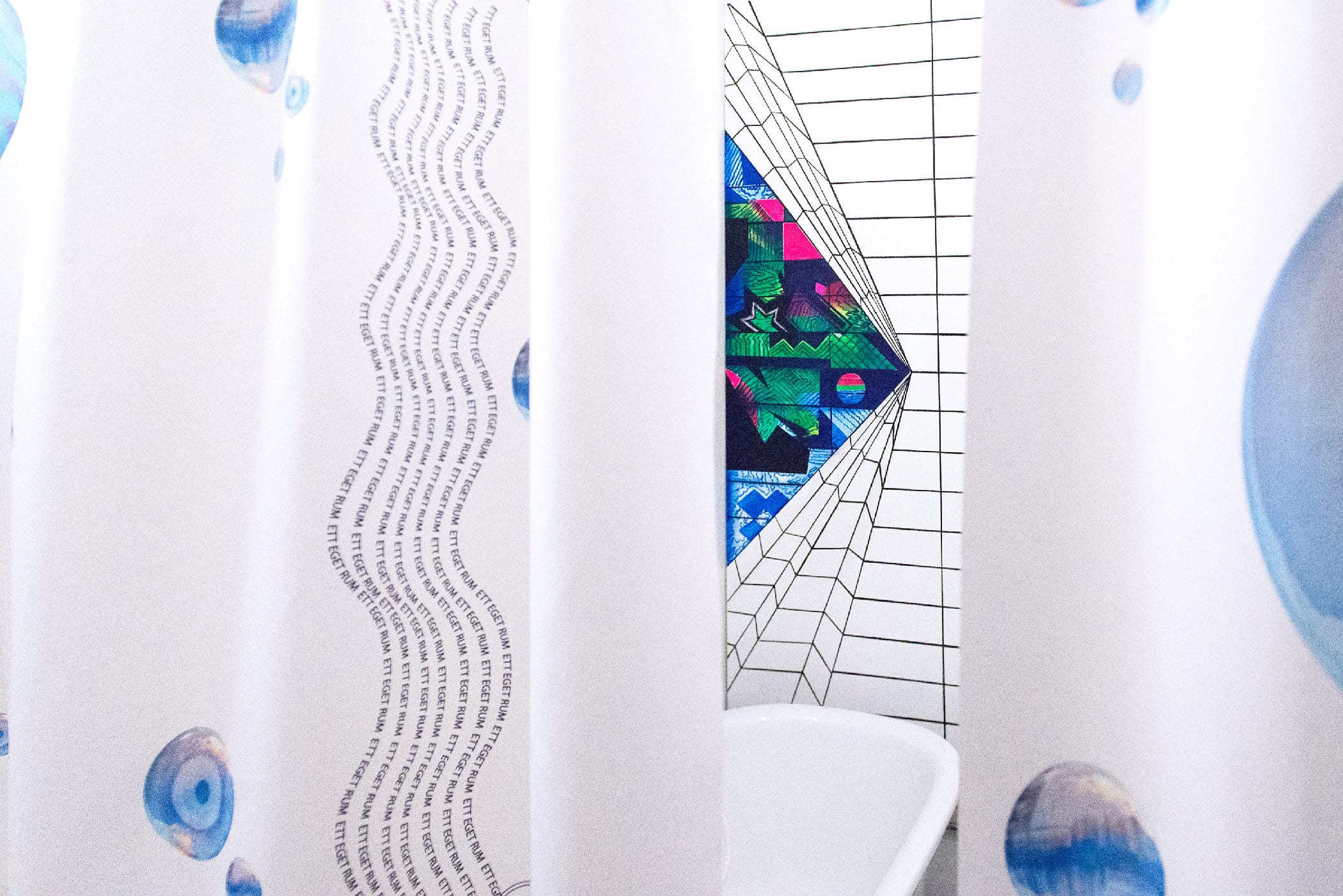 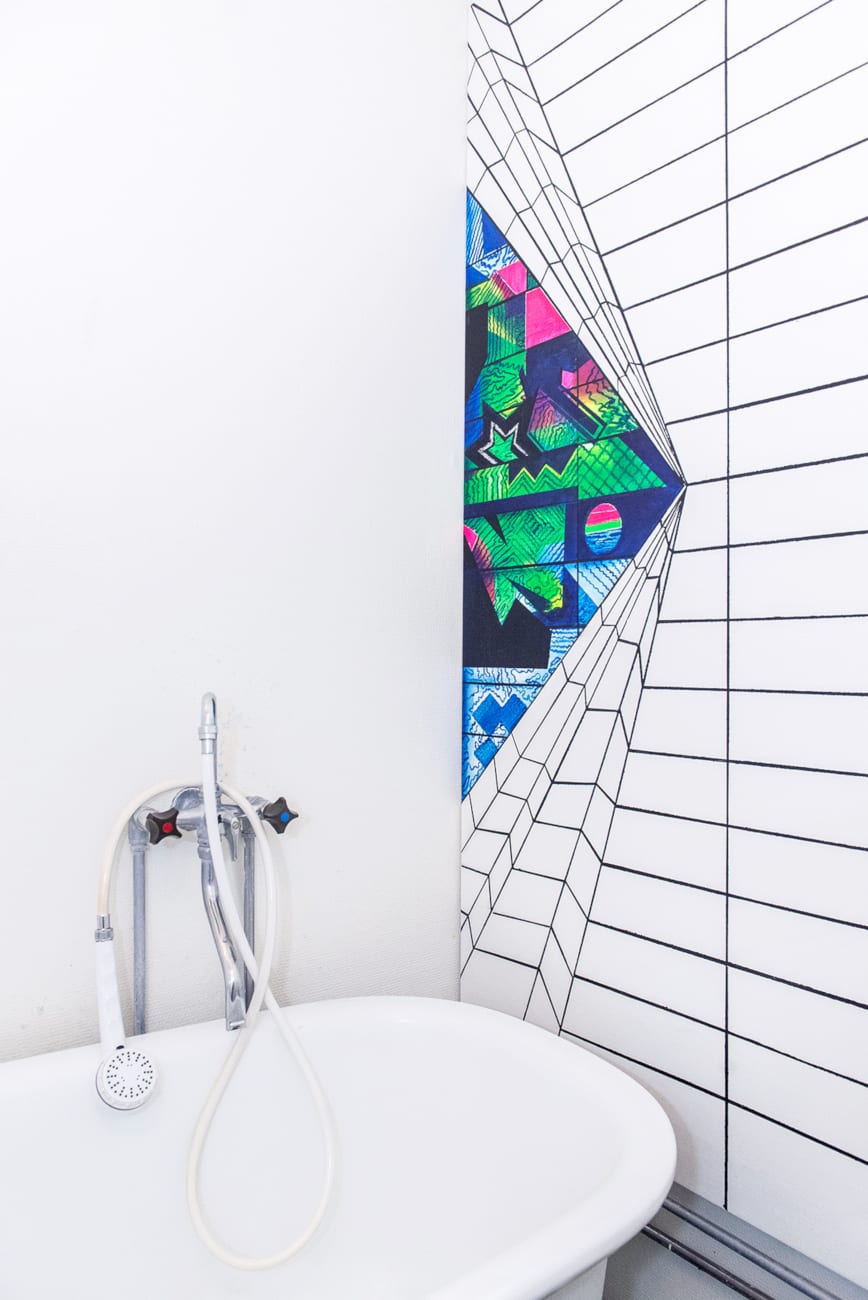 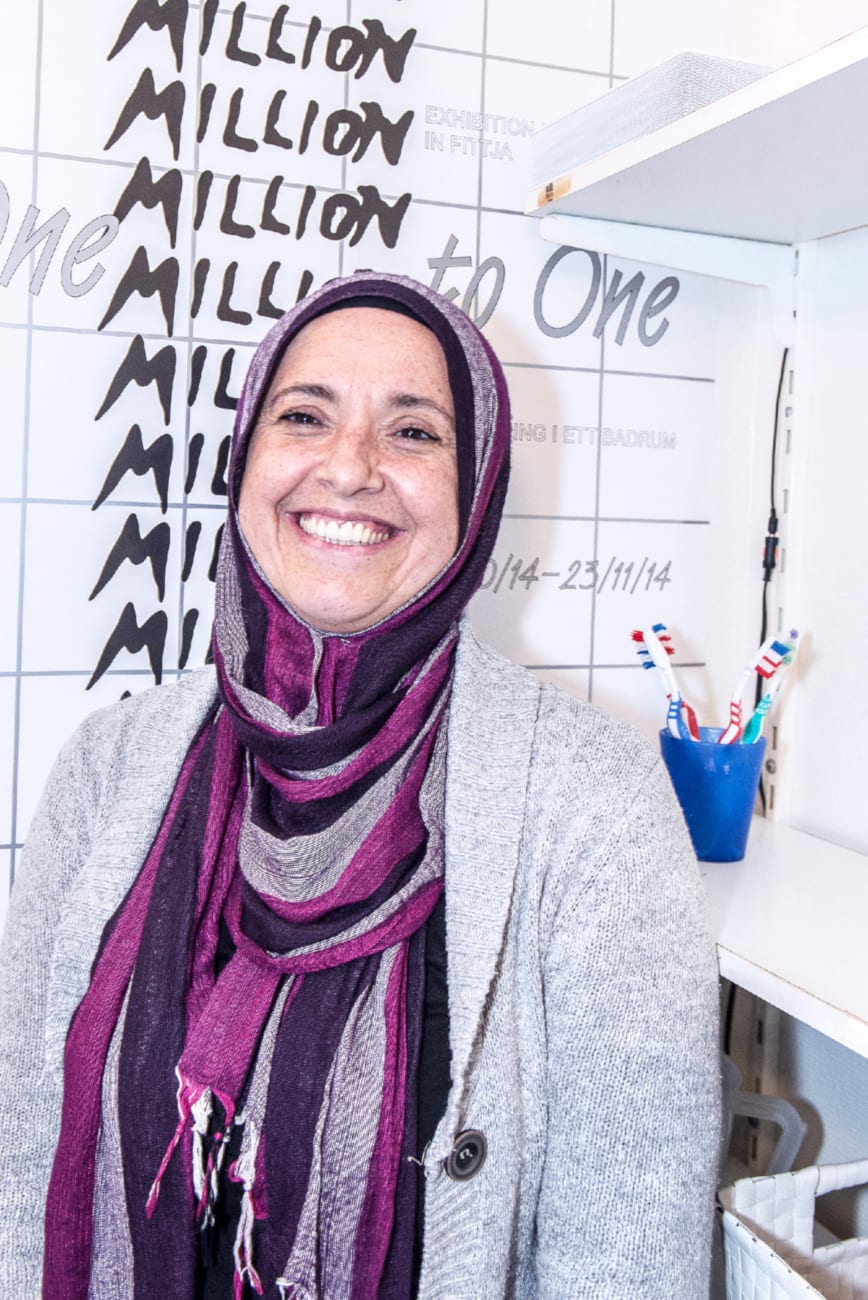 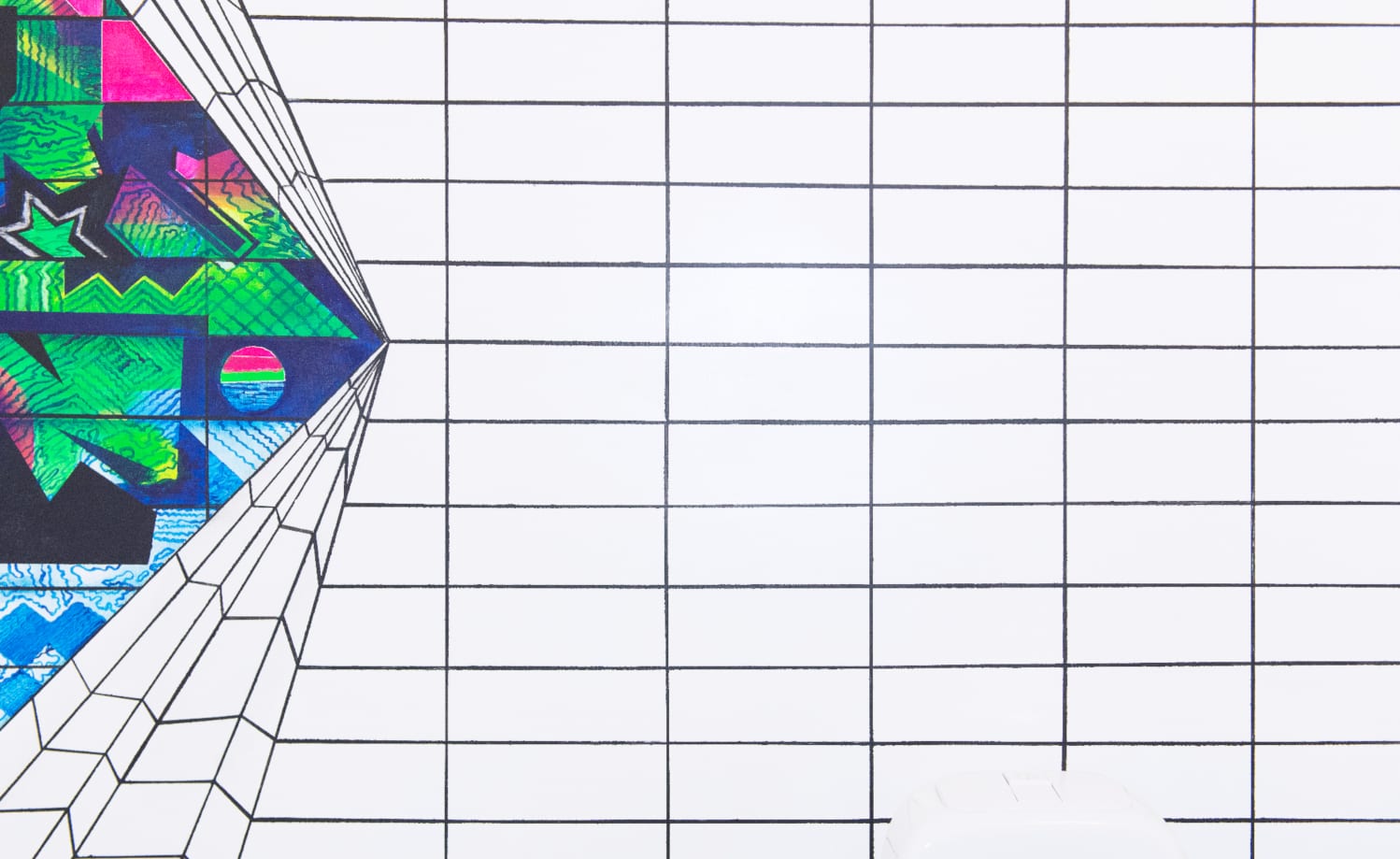 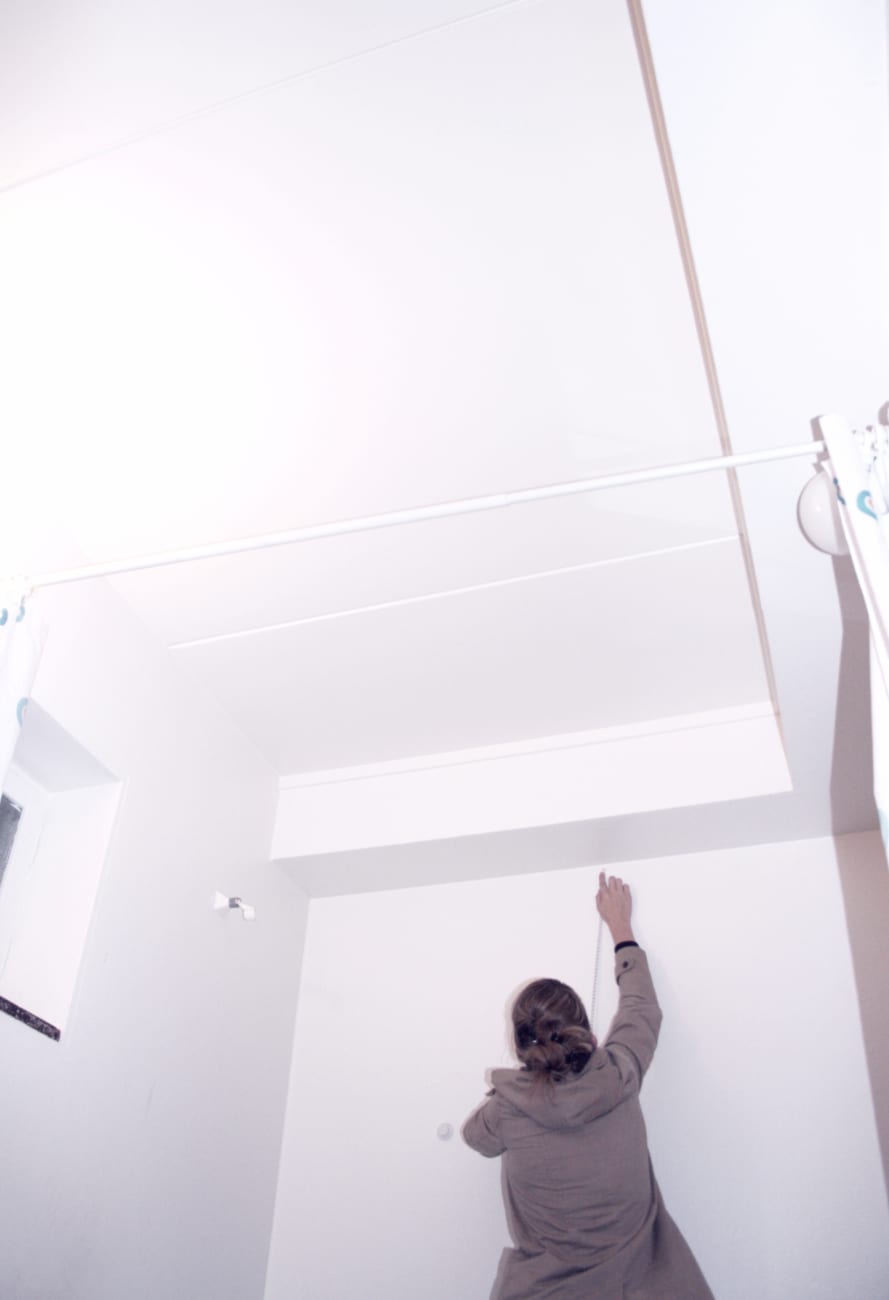 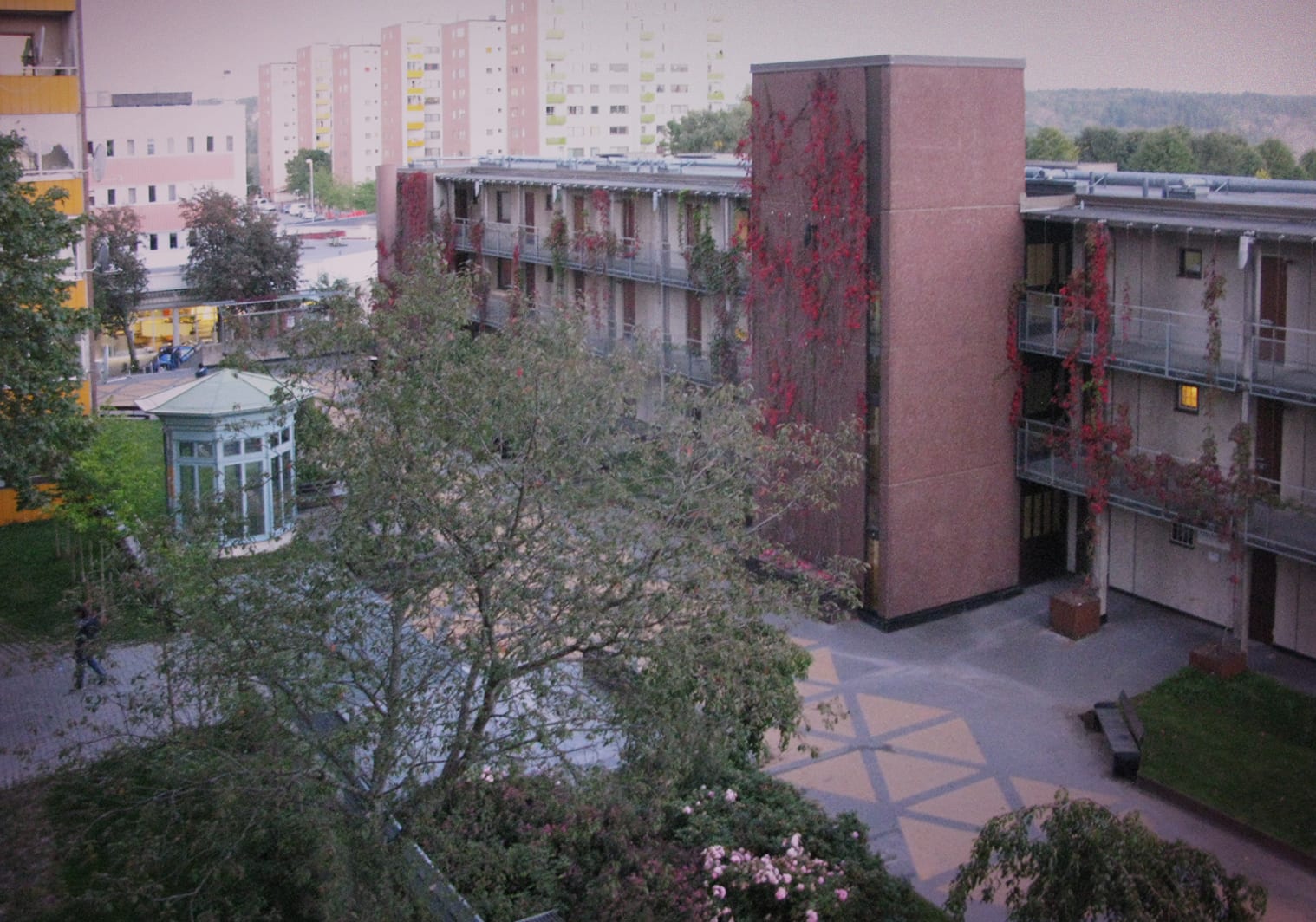 I would like to acquaint you with my work titled Hidden from the Gaze and my experiences which I gained thanks to the Locis residency program undertaken in collaboration with Bortkyrka Konsthall, Center of Contemporary art in Torun and Leitrim County Council Arts Office in Ireland.

Firstly I would like to approach the work from the context of the place where it has been created Fittja, a part of Botkyrka Municipality, Stockholm county was settled during the late 60-ties to early 70-ties during the Million Program – Miljonprogrammet – in Sweden. In the beginning during my residency I saw Fittja mostly through the architectural context. I heard many words as utopia, modernism, blocks, concrete, immigrants, citizens, Swedes, Kulu, Turkey, public space, private space, careful planning, unplanned space, green areas, closed areas, drugs, creative use of place, happiness, better living conditions, logic, problem solutions, patterns, economy, playground, kids, teenagers, elderly, oppression, balance, lack of self expression, personal marks,organizations, multiculturalism, dream of clean bathroom, materials, tiles, social, individual and shared, finding problems, solving problems, profits.

From its fragments as well as talks, discussions, walks, natural environments, recorded sounds, sketches and made by me unsteady, shaky mobile photos I have been learning Fittja piece by piece, slowly trying to comprehend the uniqueness of the place.

My personal relationship for it has changed often through time. Each visit was bringing different information. Paradoxically I have learned the most about Fittja during my second residency visit, hidden in the rhubarbs near the Villa Harriet in a Varby Gard county. 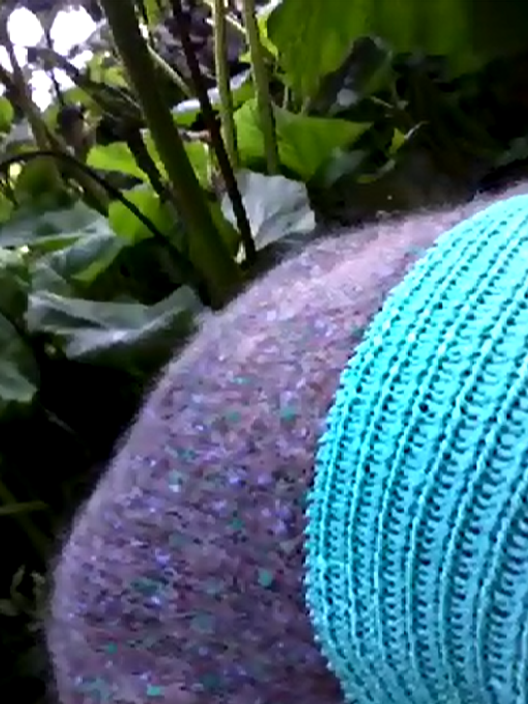 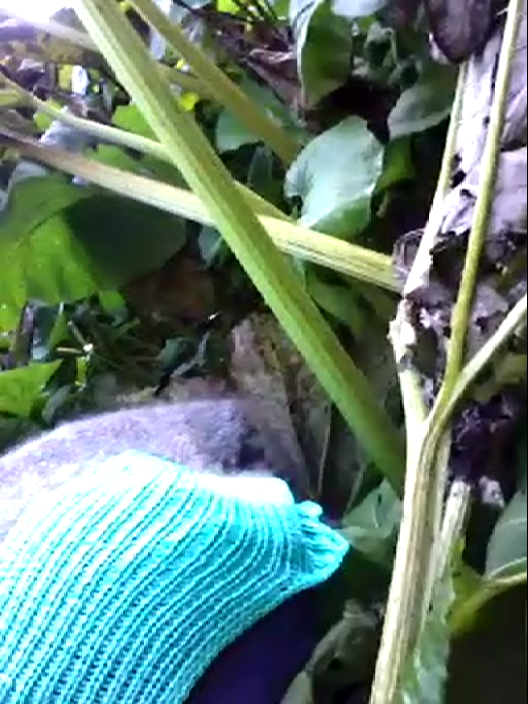 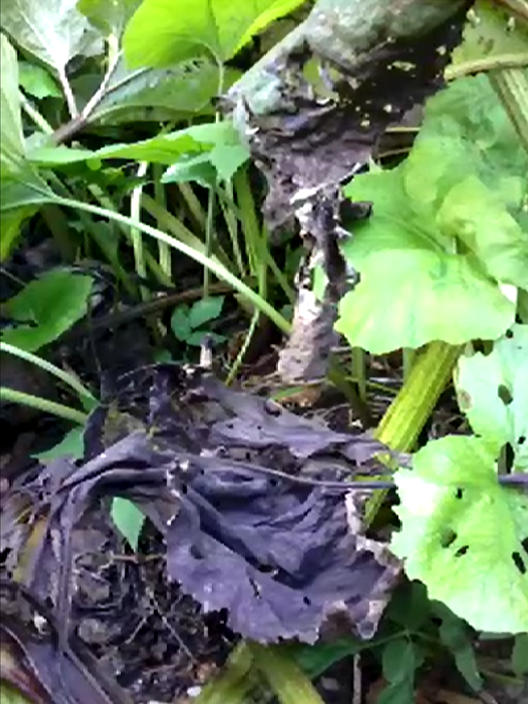 As a painter I realized that most of my time in Fittja I have spent on looking, confronting and judging visible which has been fighting for my attention. After an intensive time and many discussions with people arranged in the project I still could not fully relate to ways how the place was described. Past, utopian ideas has been merging with new contemporary image of the place sometimes described as dangerous and poorer than other parts of the city. My confusion gets deeper, and my feelings were mixed till the point I needed to find a distance from the situation that I did not understand. I decided to take a walk. The experience of being separated from the problems appeared after stepping into the rhubarbs near the Villa Harriet. This brought me to conclusion that the rhubarb and the bathrooms in Fittja has some similar things in common. I perceived the bathroom as a place for hiding, allowing on being invisible to others, a place of looking for self. The place where its possible to focus and step back from a society. For a while I was able to forget about tensions, and regulate thoughts.